Part of the tail of crashed AirAsia flight QZ8501 has been found in the Java Sea, Indonesian searchers say. The tail houses the “black boxes” – the voice and flight data recorders – which could give investigators clues as to the cause of the crash. It was found in a secondary search area, lending weight to theories that strong currents have moved the debris. The plane was lost en route from Surabaya, Indonesia, to Singapore on 28 December, with 162 people aboard. No survivors have been found. Investigators said they had found another body on Wednesday, bringing the total recovered to date to 40. Most of the people aboard the plane were Indonesian: 137 adult passengers, 17 children and one infant, along with two pilots and five crew. 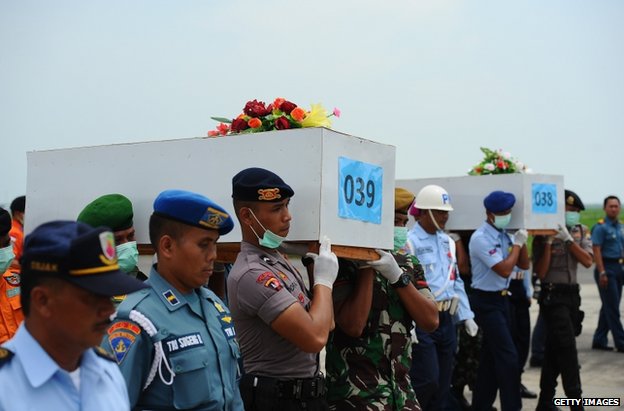